In his groundbreaking book The Isaiah Effect, Gregg Braden discusses what gives prayer true power. Prayer has two components, he says, emotion and thought. When you combine these two, the result is some sort of feeling.

He gives a great example of traveling in New Mexico with a Native American friend, David, who was to pray for an end to one of the worst droughts in the past 100 years. David went to the sacred place of his people, a place Braden dubbed “in the middle of nowhere.” David explained:

This is the reason we have come. It is because of what you call ‘nowhere’ that we are here. Today there is only you, me, earth, sky, and our Creator. That is all. There is nothing else here. Today we will touch the unseen forces of this world, speaking to Mother Earth, Father Sky, and the messengers of the in-between. (163)

Braden watched as David stepped into the medicine wheel of his people, outlined by stones. “The wheel itself has no power,” David explained, “It serves as a place of focus for the one invoking the prayer. You could think of it as a road map…a map between humans and the forces of this world” (163).

David said that at a very young age he had been taught to use the map. “Today I will travel an ancient path that leads to other worlds. From those worlds, I will speak with the forces of this earth, to do what we came here to do: to invite the rain” (163).

Braden watched as David prayerfully removed his shoes, closed his eyes, and navigated the wheel with his bare feet. “As David returned to the position closest to me,” Braden says, “he stopped, straightened his posture, and moved his hands into a praying position in front of this face. His breathing became nearly indiscernible. He appeared oblivious to the heat of the midday sun. After a few brief moments in this position, he took a deep breath, relaxed his posture, and turned to me.
‘Let’s go, our work is finished here,’ he said” (164).

That afternoon, Braden says, the rain come. It rained deeply, thunderously, notably. Kids played in the muddy streets. Farmers praised the heavens. The rain – and the mess it created – was most welcome!

Braden feels that David was demonstrating a “lost mode of prayer,” one that modern culture has forgotten. He says the power of David’s prayer is best understood in David’s own words, which I will recount here, from Braden’s description:

“When I was young,” he had said, our elders passed on to me the secret of prayer. The secret is that when we ask for something, we acknowledge what we do not have. Continuing to ask only gives power to what has never come to pass.

The path between man and the forces of this world begins in our hearts. It is here that our feeling world is married to our thinking world. In my prayer, I began with the feeling of gratitude for all that is and all that has come to pass. I gave thanks for the desert wind, the heat, and the drought, for that is the way of it, until now. It is not good. It is not bad. It has been our medicine.

Then I chose a new medicine. I began to have the feeling of what rain feels like. I felt the feeling of rain upon my body. Standing in the stone circle, I imagined that I was in the plaza of our village, barefoot in the rain. I felt the feeling of wet earth oozing between my naked toes. I smelled the smell of rain on the straw-and-mud walls of our village after the storms. I felt what it feels like to walk through fields of corn growing up to my chest because the rains have been so plentiful. The old ones remind us that this is how we choose our path in this world. We must first have the feelings of what we wish to experience. This is how we plant the seeds of a new way.

“From that point forward,” David continued, “our prayer becomes a prayer of thanks.”

“Thanks? Do you mean thanks for what we have created?”

“No, not for what we may have created,” David replied. “Creation is already complete. our prayer becomes a prayer of thanks for the opportunity to choose which creation we experience. Through our thanks, we honor all possibilities and bring the ones we choose into this world.” (166-167)

Many aspects of these ideas are different from our typical Western teachings. One to note is the importance he placed on thanking the Divine for what is already in existence. He was thankful for the drought, for “it is our medicine,” as he said. Additionally, contemplate the idea that we are not necessarily asking for something new to come into existence when we pray. We are simply choosing which creation to experience, he says, for all creation/all potentialities are there already, we just need to choose the path upon which to walk. Finally, gratitude is important, he says – gratitude for the opportunity to choose which experience we would like to have.

As Braden mentioned initially, the feeling of the proposed experience is important. David felt the blessings of the rain not only in the near future but also in the far – as he imagined rain in the village as well as himself standing in fields where corn was growing up to his chest. Note, of course, that the feeling was one based in love rather than fear. He was not fearful about the potential lack of rain, rather, he was grateful for the glory, the beauty, and the blessings of the coming rain.

My own experiences of prayer inspire me to add one last thought here. Even with these things in place, with love based prayer that induces powerful feelings, with gratitude for what is and what will be, with a profound connection to the spirit world – one must still remember that we humans do not know the path of the highest good! “Thy will be done” is the famous Christian phrase expressing the sentiment of humility that is found in all great teachings. Pray powerfully, yes, but also pray humbly. The path of surrender to the highest good may be the most challenging path to take, but it is one which we likely cannot avoid.

To me, it does seem that we humble humans are able to manifest, to co-create, to alter events – but it also seems that if the things we are hoping for are not for the highest good, these things may not occur, regardless of the power of our prayer and the depth of our emotions.

I cannot pretend to know the truth of it, but I do believe in the power of the human heart, the power of feelings and prayers fostered by love, and the greater wisdom of the Spirit that guides and protects us. Be humble and remember your worth all at once. 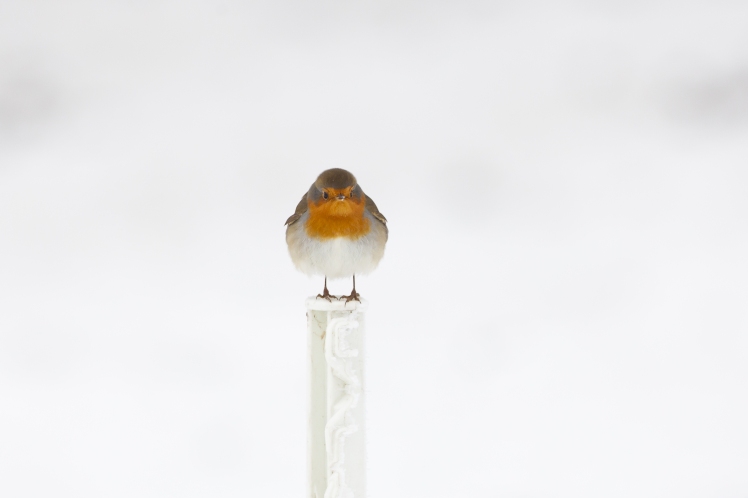 I am an integrative health coach, teacher, and healer living in Durham, North Carolina, and I believe that living your truest life is a responsibility, not a frivolity. If we each work to discover our innermost guidance and follow it, our world will be healthier and happier. Remember that you are connected to all of life and your actions, no matter how small, may be powerfully influential. In the history of our planet, the present time is critical; we each must strive to live harmoniously and sustainably, enhancing - rather than inhibiting - all of life.